It’s my pleasure to welcome Thomas J. Marshall to my blog. TJ has agreed to answer some questions and talk about his newly released book, Finder’s Tome. 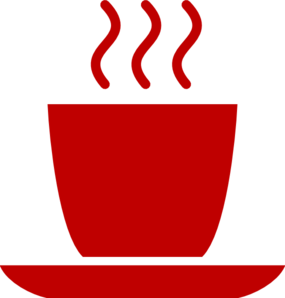 Pull up a chair TJ and have a mug of coffee while we talk.

Do you take yours black or with cream and sugar?
Leo, I love ya. Black is fine.

Let’s start by you telling us where you’re from and a little about yourself?
I’m originally from Illinois, but after 22 years of serving in the Army, I’ve lived just about everywhere. Currently I’m in Texas, near Ft Hood, and plan to retire from the military early next year here.

How long have you considered yourself a writer?
I found out that I was a writer in January 2012 shortly after I enrolled in F2K. Sure I wrote a few things prior to that, but they were mainly just humorous letters I would send to my family when I was away, nothing I thought of as “story-telling”.

From the time I met you in F2K, I knew you were a talented writer. Do the words come easily for you? Any writer’s block, thus far?
Do words come easy… Well, that’s sort of hit and miss, many times they do. You see, when I write, I usually start off knowing the general idea for what I’m going to write about, maybe not the entire thing, but at least the concept. Then I get the characters together and “talk” to them, they usually know a lot more about the scene than I do. As far as writer’s block, I can’t say I’ve had that, although I’ve had a short period of what I refer to as writer’s fatigue, basically not being motivated, due to working too hard previously.

What genre do you write? Do you think you might try a different one for your next book?
My primary genre is fantasy adventure, but I’ve dabbled in a few other genre’s – Humor, drama, although I’ve seemed to steer clear of romance so far. I’ve even written science fiction before. I don’t have any plans to write a novel outside of fantasy adventure yet since I have two novels in the making right now that go along with my first book. 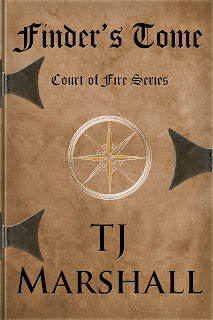 Tell us a bit about Finder’s Tome and what inspired you to write it.
Here’s the back cover write up I did for Finder’s Tome:

The Deadly Gates have been opened. An exiled prince plots the return of trolls into FourPosts.

Jacob “Feather” Moore is given an ancient book to read. It shows him where he can find Mandrake’s Key, an artifact with the power to relock the Deadly Gates.

In a race for his life and the future of FourPosts, Feather is pursued through caverns, deserts and foreign cities. Lost, hungry and desperate, he struggles to reach the Great Hollow and the portal it holds. His only hope lies in the visions given by a book called Finder’s Tome.

The original inspiration for this story came in 1994 when I took a creative writing class in college. The teacher had us free write for 10 minutes with the subject being the moon. I wrote two pages detailing this clumsy boy hiding in an alley who gets scared by a shift of light which later turns out to be the moon coming from behind a cloud. A version of that original free writing exercise can be found in this novel.

Do you write on a daily basis?
For the most part, yes, but what I write varies from day to day. I have a ritual that starts with waking up at 4 am, making coffee, and putting on some inspirational music. Then I write. Some days I may just be editing previously written chapters, others it’s working on new projects, but every day, I’ll do something writing oriented.

How has being in the Army affected your writing, if at all?
Being in an organization for as long as I have definitely has an impact on a writer’s work. It’s unavoidable. For me, I get characters and names. The army has people from all walks of life and from every culture. I’ve met some very colorful characters during my time in the Army. For example, one of my characters in Finder’s Tome, the elf king Kellian Par’Voua, is based off the mannerism of a bull-headed officer I encountered not too long ago. Also, being able to travel the world I gained the experience of many different cultures and landscapes. I chose to include a desert scene primarily due to my time in Iraq, Saudi Arabia and Egypt.

Do your daughters read your work?
At times they do, but they are busy being kids. I’ve read many of my flash fiction pieces to them and they just loved the short story I wrote about a dragon.

Do you have a favorite Author? Did any one author inspire you to become a writer?
My all-time favorite author is JRR Tolkien, although I am a big fan of many, such as Stephen King, Dan Brown, Robert Ludlum, and who doesn’t like Douglas Adams? But JRR Tolkien’s The Hobbit was what drew me to fantasy writing.

Do you have any advice for new writers? Something you wish somebody had told you?
Write what you like and don’t worry about whether it falls within the latest trends. Trends change more often than a baby’s diaper, and most stink worse too.

We’d like to see an excerpt from Finder’s Tome.
Sure. In this scene, Feather, having just finished fighting a band of hobgoblins, meets the half-elf Chelsey for the first time:

“What is it?” He turned and saw the giant beast closing on them. “It’s a Wildebear. They’re said to embody the spirits of the forest. Where did it come from?” He raised the glass rod and pointed it at the magical creature.

An arrow struck the ground between the wizard’s feet. “Don’t you dare!” A female voice came from the trees above them.

Feather squinted, looking for the shadow he had seen earlier.

The ground thumped to Feather’s right. He flinched.

A woman stood next to him. She wore a long, brown and gray fur cloak over a thin frame and was as tall as Feather. Her auburn hair was pinned back from her temples, revealing long pointed ears. Almond-shaped eyes, the color of emeralds, held Feather’s stare. In her hands, she held a delicate silver bow aimed at Geoffrey’s chest.

“Who are you and why are you in my forest?” The elfish girl asked, her eyes narrowing.

Geoffrey’s lips turned into a gentle smile. “Looking for you I believe, Chesley Fa’Quin.”

Chelsey’s brow furrowed as she strapped the bow to her back. “How do you know my name?”

“You’re beautiful.” Feather clamped a hand over his mouth and looked down. His heartbeat pounded in his temples while his face heated. “I’m sorry, I just expected someone living in the woods to be more… rough-looking.”


Thank you so much, TJ, for being here today.
It was my pleasure, Leo. Thank you for having me. 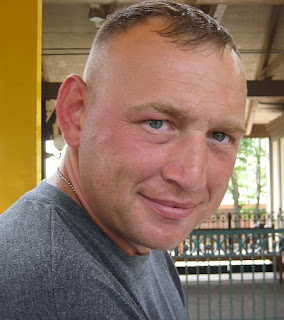 TJ Marshall spent the majority of his adult life in the US Army, and during this time, had traveled to more than two dozen countries as well as visiting nearly every state. A veteran of both Desert Storm and the Global War on Terror, TJ finally decided to retire and start a new life in Texas with his two daughters Courtney and Shea. A newcomer to writing, Finder’s Tome is TJ’s first novel, but in the short time he’s been writing, he has produced countless short stories, one of which was the winner of an internet writing contest hosted by First Page Last Page. TJ is currently working on a second novel titled The Struggles due to be released in summer 2014. 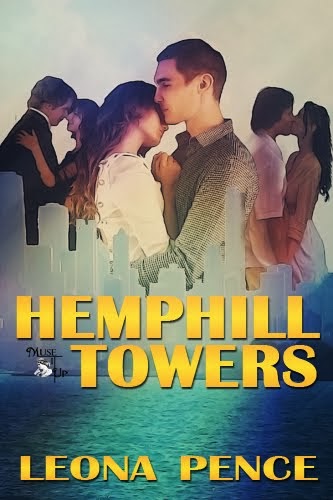